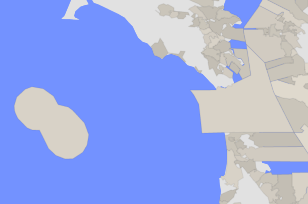 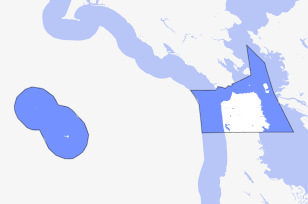 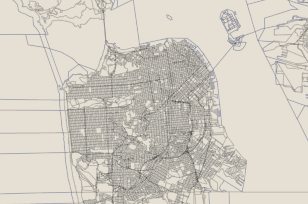 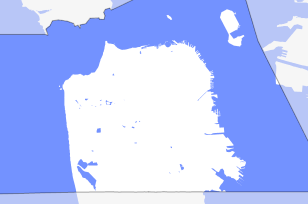 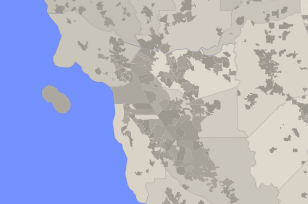 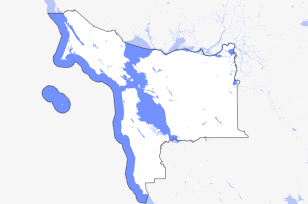 Independent household income distributions of the given ethno-racial groups, normalized so that the sum of each interval is 100%.
Scope: households in Noe Valley
1non-Hispanic white 2white Hispanic 3including Hispanic

Map of Household Income by Tract in Noe Valley

Percentage of households with incomes above $100k.
Scope: households in Noe Valley, selected other neighborhoods in San Francisco, and entities that contain Noe Valley